Denis Menke was named to two All-Star teams in 1969 and 1970 as member of the Houston Astros. He played in the post season twice in 1972 and 1973 with the Cincinnati Reds and hit a home run off Oakland’s Catfish Hunter in Game 5 of the 1972 World Series. In 13 major league seasons with the Braves, Reds and Astros, he has a career .250 average with 101 HR and 606 RBI. Following his playing career, he managed three minor league seasons with the Burlington Bees in 1977 and the Dunedin Blue Jays in 1978-79 and served as the Astros’ hitting coach for six seasons. Menke was inducted into the Cedar Rapids Baseball Hall of Fame in 2009.

Denis Menke played two seasons (1958-59) with the Cedar Rapids Braves, posting a combined .254 average with nine HR and 31 RBI in 102 games. As a member of the 1958 Braves, he teamed with future major leaguers Bobby Knoop, Bob Hendley and Bob ‘Hawk’ Taylor and fellow Hall of Famer Horace Garner to defeat Davenport 3-2 and win the 1958 Three-I League championship. 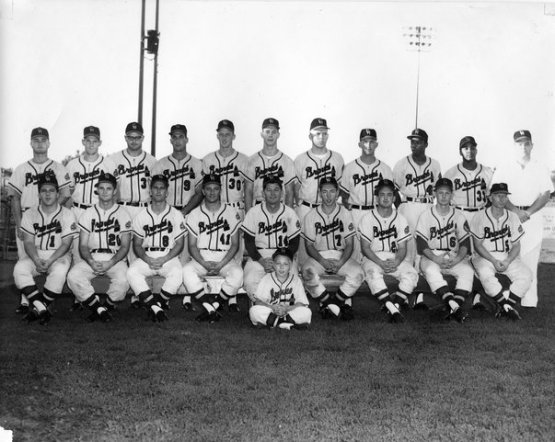 Reblogged this on The Sprouting News and commented: