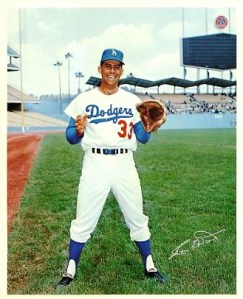 Ron Hunt hit .273 with 39 HR and 370 RBI during his 12 year career playing for the Mets, Dodgers, Giants aned Expos. The two-time all-star was hit by pitches more often than anyone during his playing days. He led the National League in getting hit by pitches in each of his final seven Major League seasons. Upon his retirement, his 243 HBPs were a career record. Don Baylor would break that record in 1987 and retire with 267 HBPs. Craig Biggio would break Baylor’s career record in 2005 and retire at the end of the 2007 season with 285 HBPs.

Reblogged this on The Sprouting News and commented: