On August 30, 2005, Fernando Rodriguez worked 7 2/3 shutout innings as the Kernels defeated the Swing of the Quad Cities 1-0. Rodriguez struck out nine while allowing five hits and two walks.

Fernando Rodriguez made his MLB debut with the Los Angeles Angels of Anaheim on May 2, 2009. He signed a free agent contract with the Houston Astros prior to the 2011 season. Rodriguez posted a 2-3 record with a 3.96 E.R.A. in 47 games out of the Astros bullpen last season. He struck out 60 batters in 56 inning of work. Rodriguez is 1-8 with a 5.57 E.R.A. in 58 appearances this season for the Astros.

This is my 8th season (2005-present) working as the stadium operations guy here with the Cedar Rapids Kernels. I will be reminiscing the best performances by the Kernels during my tenure to add to my This Date in Kernels Alumni History features this year. 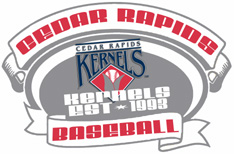