The Chicago Cubs have announced the hiring of Rob Deer (Cedar Rapids Giant – 1979) as their assistant hitting coach. Deer was a teammate of Cubs skipper Dale Sveum when each played for the Milwaukee Brewers from 1986-90. Rob Deer hit .220 with 230 HR and 600 RBI during his 11 season career playing for the Giants, Brewers, Tigers, Red Sox and Padres. 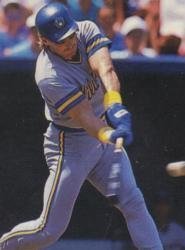